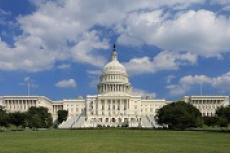 If you want to go into politics or government, then political science is the major for you!

Undergraduate studies in any area of political science can give you a  career in public administration. Knowledge of the political process, strong writing skills, and familiarity with research methods are all necessary for working in government bureaucracy. Many of our majors work in volunteer or paid internship positions for public officials and political campaigns. Upon graduations, these students frequently go on to run for public office themselves, or they become permanent paid support staff in the offices of local and regional officials, such as mayors, state representatives and senators, and federal representatives and senators.

Federal, state, and local governments in the U.S. employ more than 11 million people. A large portion of those positions require undergraduate degrees in areas like political science. Some government employment opportunities require advanced degrees in public administration, law, or other areas. Numerous graduates of UL Lafayette's Department of Political Science have developed public service careers, such as:

To learn more about these and other career possibilities, read "What can I do with a degree in Political Science?"