The Saloom Chair Speaker Series at UL Lafayette creates public forums for south Louisiana with a shared goal: sparking critical conversations about democratic constitutions here at home and around the world. Beginning in January 2016, the series has brought to Lafayette leading scholars and consultants in the fields of comparative constitutionalism and democratization. We have examined problems and opportunities in state-level constitutions in the USA as well as national-level constitutions both here and abroad, covering best practices and key innovations in the design of democratic institutions.

The series is organized by Prof. Jason Maloy, who holds the Kaliste Saloom Endowed Chair in Political Science at UL Lafayette. For more information, please contact Prof. Maloy at maloy@louisiana.edu.

April 3, 2019
Award-winning documentary film-maker Rachel Boynton was joined by Dr. Mark Wolfgram to discuss how societies succeed and fail in dealing with difficult histories, in a panel on “Collective Memory and Reconciliation: Myths, Monuments, and Flags. 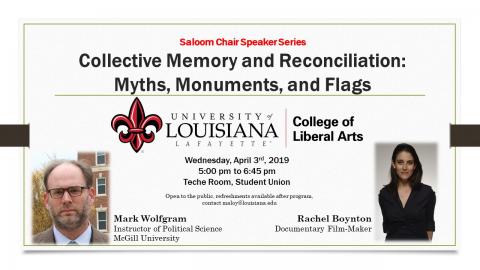 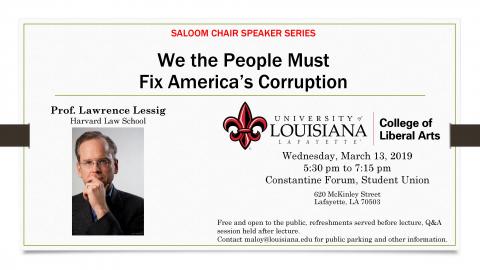 October 2, 2018
Dr. Joe Lane of Bethany College will deliver a wide-ranging lecture on the place of constitutional conventions (both federal and state) in the American political tradition, and of opposition to these events, asking "Who's Afraid of Constitutional Conventions?" 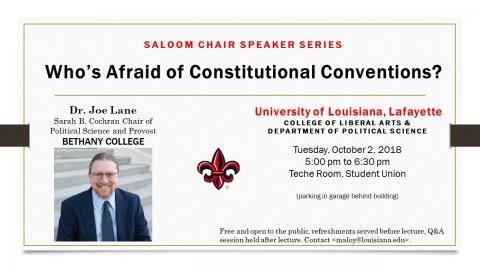 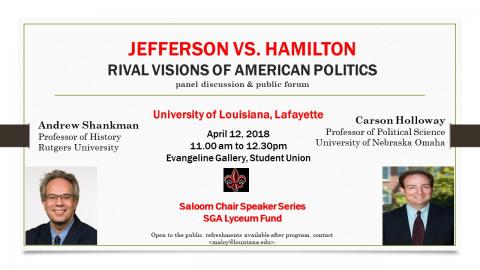 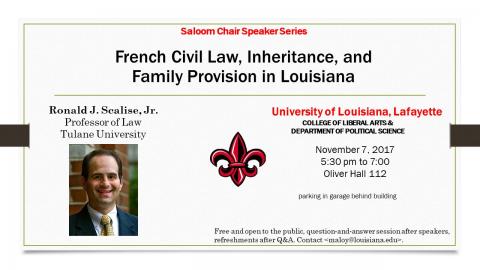 March 27, 2017
A two-person panel on “Changing Constitutions in the U.S. States and Beyond” featured Prof. John Dinan of Wake Forest Univ. and Prof. Mila Versteeg of Univ. of Virginia School of Law. 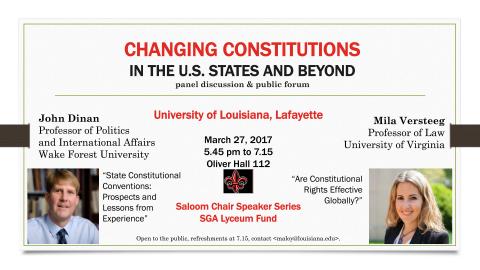 March 15, 2017
Prof. Rick Swanson of UL Lafayette addressed a key case of democratic institutional failure in a public lecture based on his original research into local archives, titled “The History of Black Civil Rights in Lafayette Parish, 1800-1970.” 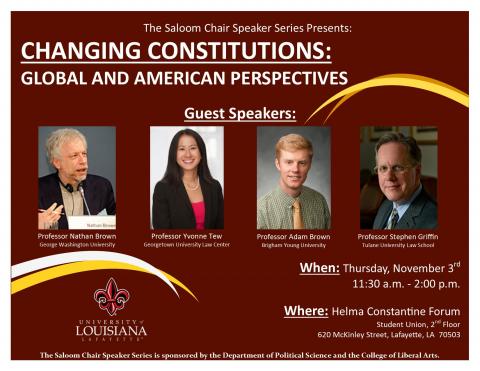 October 11, 2016
Prof. Jason Maloy of UL Lafayette gave a public lecture about some of the democratic deficiencies of recent elections, titled “The Lesser of Two Evils: When Elections Handcuff Voters.” Acadiana Open Channel (AOC) filmed and broadcast the event, which can be viewed online here. 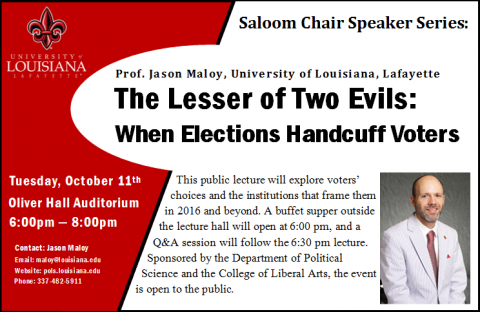 April 14, 2016
Prof. Cary Nederman of Texas A & M Univ. delivered a public lecture, titled “The Multiple Meanings of Magna Carta,” about one of the key historical documents in the English constitutional tradition. 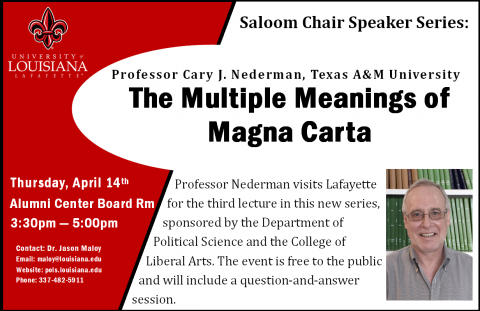 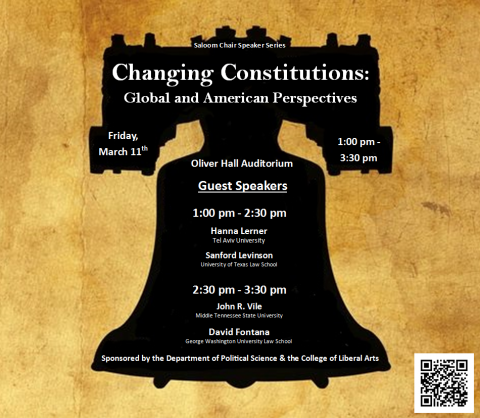 January 28, 2016
The inaugural event in the series featured a public lecture by Prof. John McCormick of the Univ. of Chicago on the institutional roots of contemporary democracies’ troubles: “The Crisis of Democracy and the Populist Cry of Pain." 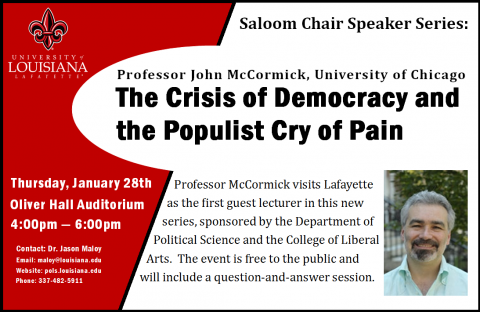