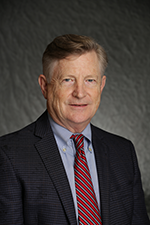 Pearson Cross teaches state and local government and has published in the areas of redistricting, elections, white supremacy, southern political culture, and the courts. He is a frequent commentator on political issues at the national, state and local level and is finalizing a book on Louisiana Governor Bobby Jindal. Dr. Cross is chair of the General Education Committee, the Campus Cupboard Committee, and the Constitution Day Committee. Dr. Cross previously served as Head of the Political Science Department (2009-2014), and as Chair of the Council of Department Heads (2012 to 2014). He also hosts a politics and news radio show called "Bayou to Beltway" on KRVS fm (88.7). He regularly plays jazz piano around South Louisiana. Dr. Cross is married to the former Lisa Dawn Orten with whom he shares two children, Elias and Lucy. 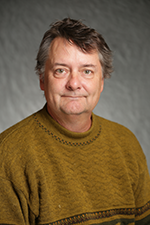 Bryan-Paul Frost is the co-translator, contributor and/or co-editor of Philosophy, History and Tyranny: Reexamining the Debate between Leo Strauss and Alexandre Kojève (with Timothy W. Burns, Baylor University; SUNY Press 2016); The Political Theory of Aristophanes: Explorations in Poetic Wisdom (with Jeremy J. Mhire, LA Tech; SUNY Press, 2013); Political Reason in the Age of Ideology: Essays in Honor of Raymond Aron (with Daniel J. Mahoney, Assumption College; Transaction, 2007); History of American Political Thought (with Jeffrey Sikkenga, Ashland University; Lexington Books, 2003; revised and expanded second edition, 2019); and Alexandre Kojève’s Outline of a Phenomenology of Right (with Robert Howse, NYU School of Law; Rowman and Littlefield, 2000). In addition to the above themes and authors, Frost has also published articles on Aristotle, Cato the Younger, Cicero and Roman civic education, Rousseau, and Tocqueville and Emerson. 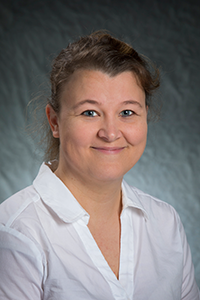 Dr. Hall is an assistant professor of Political Science, and as UL's Pre-Law advisor she coaches UL's competitive and highly successful inter-collegiate Moot Court team. She has undergraduate and graduate degrees in Political Science. Her PhD from Texas A&M University focused on judicial politics with fields of study in American politics and political methodology. Kinzie's teaching interests are the US courts and law, various aspects of American government and politics, and research methodology. Her research focuses on the effect Supreme Court decisions have on the actions of institutions (primarily, the Court itself and the other branches of government). These research projects have been funded by the National Science Foundation and the American Association of University Women. When she's not working or nerding out over a recent SCOTUS decision, Kinzie really enjoys Netflix marathons...and an occasional actual marathon/half marathon (mostly to offset her deep love of cupcakes). Kinzie lives in Lafayette, with her husband Will (UL alumnus '05) and their amazingly fuzzy dogs Beau and Sully. 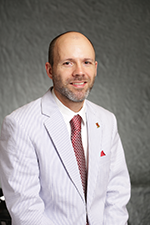 Prof. Maloy teaches courses and conducts research on multiple topics related to democratic ideas and institutions. He is currently the POLS department’s program co-ordinator for the International Relations concentration as well as the scholarship co-ordinator. His most recent book, Smarter Ballots (Palgrave Macmillan, 2019), offers a realist theory of election reform and democratic accountability, and in 2020 he conducted voting experiments on Ranked Choice Voting (RCV) and other ballot types with support from the Electoral Reform Research Group at New America. Other research in progress includes a book project on “Democracy after Climate Change.” View Dr. Maloy's CV. 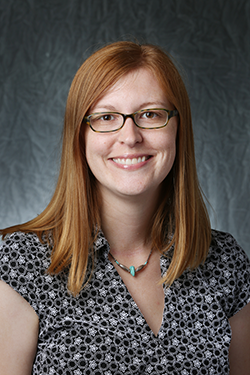 Christie Maloyed is associate professor of political science and associate dean of the college of liberal arts. She previously served as UL's coordinator for the first-year seminar program Her main areas of teaching are American institutions, religion and politics, and political theory. Maloyed's research focuses on civic education, religion and politics, and local government. Overarching themes in Maloyed's writings include the role of habits as a foundation for democratic education, instructional methods to encourage democratic practice, and involvement in local government. Her forthcoming co-edited volume, The Party is Over: The New Louisiana Politics, (co-editor Pearson Cross, LSU Press, forthcoming February 2022), provides a comprehensive reassessment of Louisiana state politics, from institutions to politics to policy. Her current book project, Civic Habits: Recovering the Practice of Citizenship in American Education, assesses the intellectual history of habits in American civic education. She has also published in the areas of religion and politics, with an emphasis on civil religion, as well as politics and literature/tv/film. Her work has been published in the Journal of Church and State, The History Teacher, and Journal of Political Science Education as well as in various edited volumes. She originally hails from the southwestern corner of Virginia, in the heart of rural Appalachia, and is an avid reader, gardener, and beekeeper.  You can view Dr. Maloyed's CV here.

Dr. Ridgeway took a rather circuitous route to her Ph.D. in political science from Northern Arizona University at Flagstaff, AZ. Her first twenty-year career was in film and theater in Los Angeles and New York. Her decision to enter the arts as a mechanism for political change was inspired by the Smothers Brothers who were willing to risk, and then lose, their very popular TV comedy show to challenge the rationality of the Vietnam War. These years in the arts continue to influence her view of how political change can come from the most unlikely of sources, but ultimately must rest in the people’s willingness to fight for it. Her current research and teaching focus on how to create a sustainable environment that can support life for all of Earth’s entities, and the role of media in shaping how we perceive issues swirling around the public square. She is currently finishing a book, The Talking Stick, which examines how corporate-led globalization is destroying the environmentally friendly indigenous and peasant cultures around the world. Her most recent peer-reviewed publication is in the international journal, Peace Review, "Globalization from the Subsistence Perspective." She continues to hold the dream of a planetary consciousness in which peace and joy are the highest values. 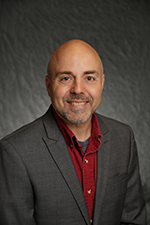 Besides earning a J.D. and Ph.D., Rick worked from 1994 to 1996 as a law clerk to Justice James A. Knecht of the Illinois Appellate Court. Ever since obtaining his Ph.D. focusing on public law and judicial politics, he has been at UL primarily teaching pre-law courses in the Department of Political Science, but has also taught several humanities courses exploring the meaning of love, life, and spirituality. His legal expertise is in constitutional law, especially civil rights and civil liberties. His articles and essays analyzing legal concepts and judicial voting behavior have been published in peer-reviewed journals, law journals, and legal encyclopedias. He recently authored the introductory textbook titled The Big Picture of U.S. National Government, published by UL Press. His current research and writing involves the civil rights history of South-Central Louisiana, and he has given numerous community presentations on the topic.  Most importantly, whenever possible, Rick communes with nature, contemplates and philosophizes about the beauty and wonder of the universe, and tries to live life to the fullest, all while sharing these experiences with students, friends and family, especially his amazing wife Anne.

Dr. Ward is Visiting Assistant Professor in political science at UL Lafayette. He earned his Master’s and PhD in Political Science from the University of Houston.

His research lies at intersection of comparative politics and political psychology, exploring political attitudes and behaviors in the Middle East and the United States. This includes the development and expression of contentious political attitudes and opinions, the role of extremist groups in politics, and the role of identity politics in shaping support for democracy. He employs experimental methods, cross-national survey data, and text analysis to explore research questions related to these themes. His research has been published in the Journal of Politics, Politics and Governance, Political Research Quarterly, and Perspectives on Terrorism.